Texas Sen. John Cornyn on Wednesday demanded a federal investigation into allegations of child abuse at a migrant facility in San Antonio.

“Unaccompanied children that arrive at our border have already endured dangerous conditions at home and a treacherous journey to get here,” Cornyn, a Republican, said in a statement after Texas Gov. Greg Abbott announced the allegations during a news conference.

Abbott had demanded the Biden administration close the San Antonio facility after he said he received tips about child sex abuse and insufficient food at the Freeman Coliseum facility. He has already called on the state’s Department of Public Safety and the Texas Rangers to launch their own investigation. 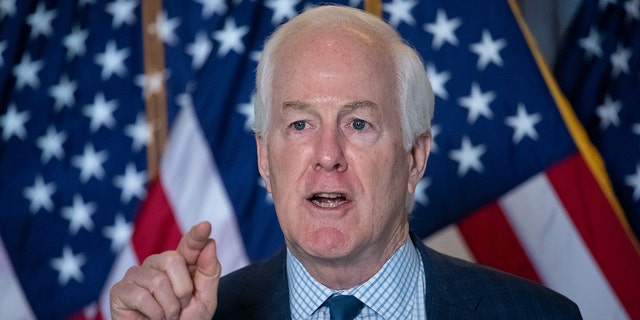 “The fact that any child would experience abuse in the care of the U.S. government is despicable,” Cornyn said. “The HHS Inspector General must fully investigate these allegations and the treatment of children at this facility.”

Cornyn has personally visited four migrant facilities housing unaccompanied minors in recent days and said he plans to visit a fifth this week.

The abuse allegations were limited to the San Antonio facility – an event center that has been temporarily converted to house unaccompanied minors amid a worsening border crisis.

Critics have blamed President Biden for the crisis – noting his decision to end Trump-era border policies and his proposal to create a pathway to citizenship for illegal immigrants.

Biden’s Homeland Security Secretary Alejandro Mayorkas warned last month that the border could see more migrants than at any time in the last 20 years. But Biden later downplayed those concerns and said it is normal to see a surge in migrants between January and March.

Michael Ruiz is a U.S. and World Reporter for Fox News.