EXCLUSIVE: Former President Trump and a number of Republican candidates and organizations are now using Campaign Nucleus, a platform created by former Trump campaign manager Brad Parscale and his team to “protect” conservatives against “cancel culture,” Fox News has learned.

The Campaign Nucleus platform was created in March 2016 by Parscale, who has quietly been working to develop the product for the last five years.

Campaign Nucleus calls itself the “only automated digital ecosystem made for efficiently managing political campaigns and organizations.”

The platform features a command center for campaigns, including ways to track users, connect to data sources to make “informed decisions,” manage “all content and events,” and cut out third-party platforms. 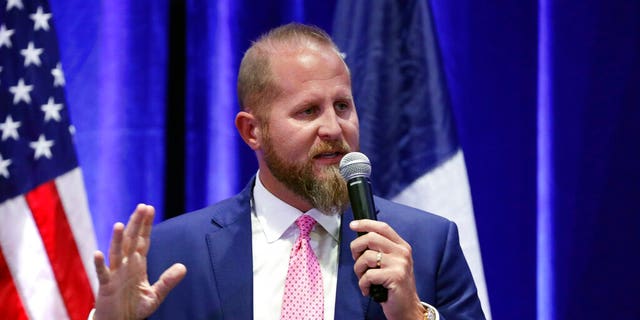 Campaign Nucleus allows users to send emails, text messages and statements to the media and press, and send mail via the U.S. Postal Service. The platform is also “re-imagining ‘social’ media.”

“Users connect with elected officials and candidates in self contained ecosystem,” the website says, noting that users can participate and hold town halls and chats.

A source familiar with Campaign Nucleus said the social media section is “70 to 80% complete,” with plans to fully launch the tools by the end of 2021.

Sources familiar with Campaign Nucleus said it is “uncancellable,” and has served as a platform for the former president to get his message out to journalists and supporters since he was permanently banned from most social media platforms in January after the Capitol riot.

Just this week, Facebook and Instagram removed an interview with Trump, saying any content “in the voice of Donald Trump” would be scrubbed from the social media platforms. In the interview, Trump signaled he was considering running for president again in 2024.

“Put him on Nucleus, you can’t cancel him,” a source familiar said.

Sources familiar told Fox News that Trump and his team are “moving forward” to create a social media platform of his own, separate from Campaign Nucleus.

“We’re moving forward,” one source said Tuesday. “And President Trump will have his voice back one way or another.”

Trump’s new website, 45office.com, and his statements, have been powered by Nucleus.

“He has reemerged via Nucleus,” another source said. “Social media companies won’t let his voice out, but with Nucleus, he can do what he wants and communicate with the world.”

The system is capable of sending tens of millions of messages to supporters across the country, a source told Fox News, saying that feature will launch “soon.”

But the technology is not just for Trump, but rather for Republicans and conservatives across the nation.

Campaign Nucleus currently is integrated with the Republican National Committee data and the WinRed fundraising platform.

Campaign Nucleus was designed by Parscale in a way to provide technology to Republican candidates, and to “solve many problems” on other “underperforming” platforms for political candidates and organizations.

“There is now a bigger and bigger divide between corporate tech needs and political needs,” a source told Fox News. “And the new cancel culture puts them at a significant risk – we see GOP candidates wanting to come to us after worrying other companies will just cut you if they disagree with you.”

The 2022 cycle will be the first mass usage of Campaign Nucleus, Fox News has learned.

Parscale’s focus on the new platform signals his transition away from being a political consultant and reentering the tech industry, which he had worked in for two decades. Parscale, prior to joining the Trump campaign February 2015, was a digital marketing executive. His first political job was on Trump’s 2016 campaign.