The Minnesota man accused of killing one and injuring four after opening fire at a health clinic previously complained to his brother and former roommate that his doctors weren’t giving him enough pain medications, while also threatening a mass shooting, reports say.

Gregory Paul Ulrich, 67, has been identified by police as the suspect in Tuesday’s attack at the Allina Health Clinic in Buffalo, about 40 miles northwest of Minneapolis. Buffalo Police Chief Pat Budke has not revealed a motive for the shooting, but says investigators believe Ulrich was targeting the clinic or someone inside based on “a history of him being unhappy with health care… with the health care that he’d received.”

“He didn’t like the doctors because they wouldn’t give him all the pain killers he wanted,” Raymond Zandstra, who identified himself as Ulrich’s former roommate, told Fox9. “They’d give him a month supply, and it would be gone in a few days.”

Zandstra claimed that Ulrich also posted a sign in front of his mobile home describing one doctor as “a quack.” 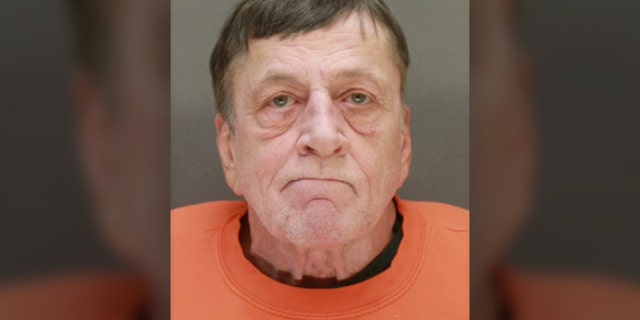 Ulrich’s brother Richard, a retired NASA engineer who lives in Florida, made similar statements, according to The Washington Post. He told the newspaper that Gregory worked in construction and had to undergo back surgery for an injury he had suffered on the job.

“He started taking these opioid-type pain medications and he would call and tell me they should be giving him more; he said he was in pain,” Richard Ulrich said. “He would call, and he seemed to be upset with the doctors and frustrated that they wouldn’t give him any medication.”

Richard Ulrich told The Washington Post that the apparent medication issue didn’t come up the last time they spoke, about two months ago.

“I didn’t sense he was in a lot of pain. He just liked taking that stuff,” he added.

Prior to Tuesday’s shooting, Ulrich had a turbulent history with the Allina Health provider, according to the Star Tribune.

The newspaper, citing a Buffalo Police Department report, said Ulrich previously threatened four of its facilities – including the one where the shooting happened – vowing that he wanted to do something “big and sensational so that it makes an impact.” 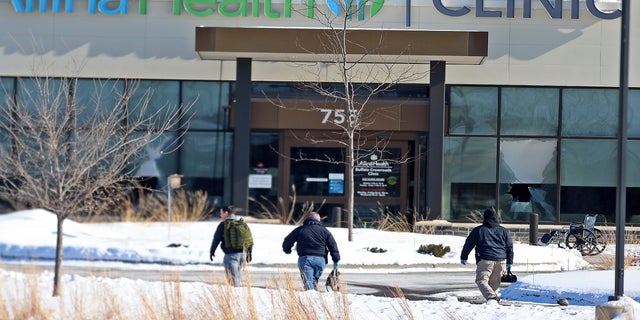 In October 2018, Ulrich also was purportedly calling a former doctor three times a day threatening a mass shooting and claimed he would blow things up, among other revenge scenarios, the police document reportedly added, noting that the complaints appeared to be tied to back surgeries and medications Ulrich took following those.

That same year, a judge had ordered Ulrich to stay away from a man who had the same name as a doctor who worked at the Allina Health clinic in Buffalo, according to the report.

Ulrich then was charged with violating that restraining order, but in November 2018 those charges were dropped because he was found not mentally competent to stand trial, Fox9 reported.

Wright County Sheriff Sean Deringer said Ulrich was well known to law enforcement before the attack and that there were calls for service dating back to 2003.

A court services agent wrote in a June 2019 filing that he had just learned that Ulrich had applied to police for a “permit to purchase” – apparently meaning a permit to buy a gun – but had not yet been approved, the Associated Press reported. The agent said he “highly recommended” that Ulrich “not be allowed to have use of or possession of any dangerous weapons or firearms.” 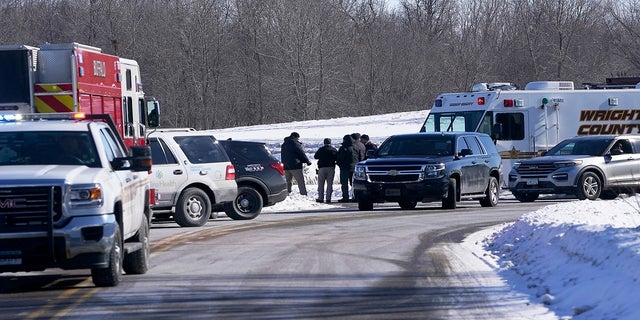 Ulrich also had raised concerns at a local church. According to an August 2019 update on the website of Zion Lutheran Church, the church obtained a no-trespassing order for Ulrich after the pastor received a disturbing letter. Church staff were given a picture of Ulrich and told to call 911 if he appeared on any of Zion’s properties.

Hours after Tuesday’s shooting, law enforcement cordoned off a small mobile home park near the city’s Pulaski Lake, about a mile from the clinic, and searched a mobile home where Ulrich had lived. Officers were seen going in and out of the home wearing rubber gloves. Several neighbors who declined to give their names described Ulrich as argumentative and said they tried to avoid him.

Tom Potter, a 43-year-old who lives in the neighborhood, told the AP that Ulrich was nice to Potter’s kids yet described him as “an odd guy.”

“He’d get into fights with neighbors, accuse them of stealing stuff,” Potter said.

He said Ulrich spent a lot of time on a bench by the lake, listening to a radio, fishing and “always drinking.”

Another neighbor, Walter Rohde, told the Star Tribune that he was shocked to hear Ulrich was suspected of shooting people. He said Ulrich helped him build a shed over the summer and would often come over to sit at his fire ring in the evenings to chat.

“I just knew him as a kindly old man,” Rohde said.

Fox News’ Michael Ruiz contributed to this report, as well as The Associated Press.